Take to skies, cast your winged shadow across the land, and use your fearsome fiery breath to strike terror into the hearts of men. For you are a Dragon, an ancient and evil Wyrm, and it is your right to reign over this realm as you desire. Lay waste to the castles and villages that dot your territory, seize princesses, and hoard gold and jewels in secret mountain lair.

But beware… you are not the only dragon trying to sear their name into the pages of history. 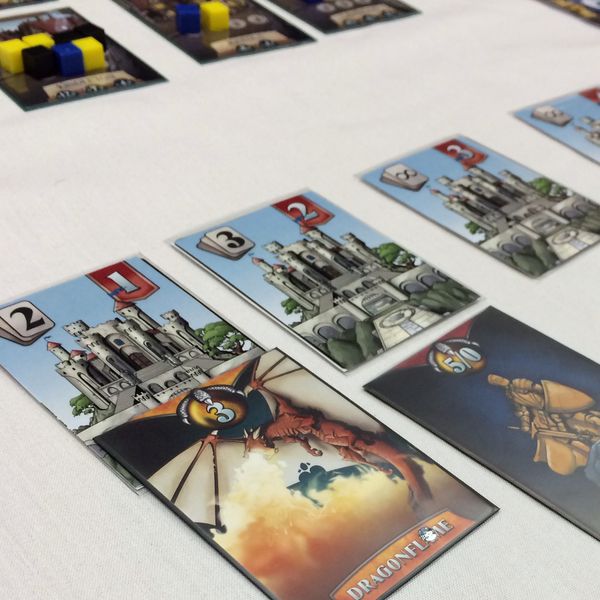 In DragonFlame, players take turns stocking Castles with valuable treasures, beautiful princesses, pesky knights, and powerful relics.  At the end of each round, players will choose which castle they want to attack, one dragon per castle.  However you must make your choices wisely.  Although castles have rich treasures, they also determine turn order for the next round.  To make matters worse, some cards may be played face-down, so your opponents can seed a castle with nasty curses or knights which will cost you glory points… or you can do the same to them! Mitigated card luck giving players meaningful choices, quickly resolved rounds but with undercurrents of bluffing and deeper strategy.

Once you have selected a castle, you will place the various treasures and relics you find there into your hoard, which will be scored at game-end. Some treasures like jewelry are worth a fixed number of Glory Points, while others like chests will score higher amounts the more you have. One treasure type, statues, will only score if you have just one copy in your hoard - gain a second, and both cards will be worthless!

Two cards to look out for are magical Relics, which will give you in-game abilities, and Dragonflame cards, which will allow you to lay waste to villages. The most destructive dragons will earn points at game-end for each village that they incinerated.

Dragonflame is for 2-5 players, and plays in 30 minutes.  If you enjoy set-collection games likeColoretto, you’re bound to love Dragonflame!

Dragonflame also includes two special cards and rules for two players, so it’s perfect for you and your partner! 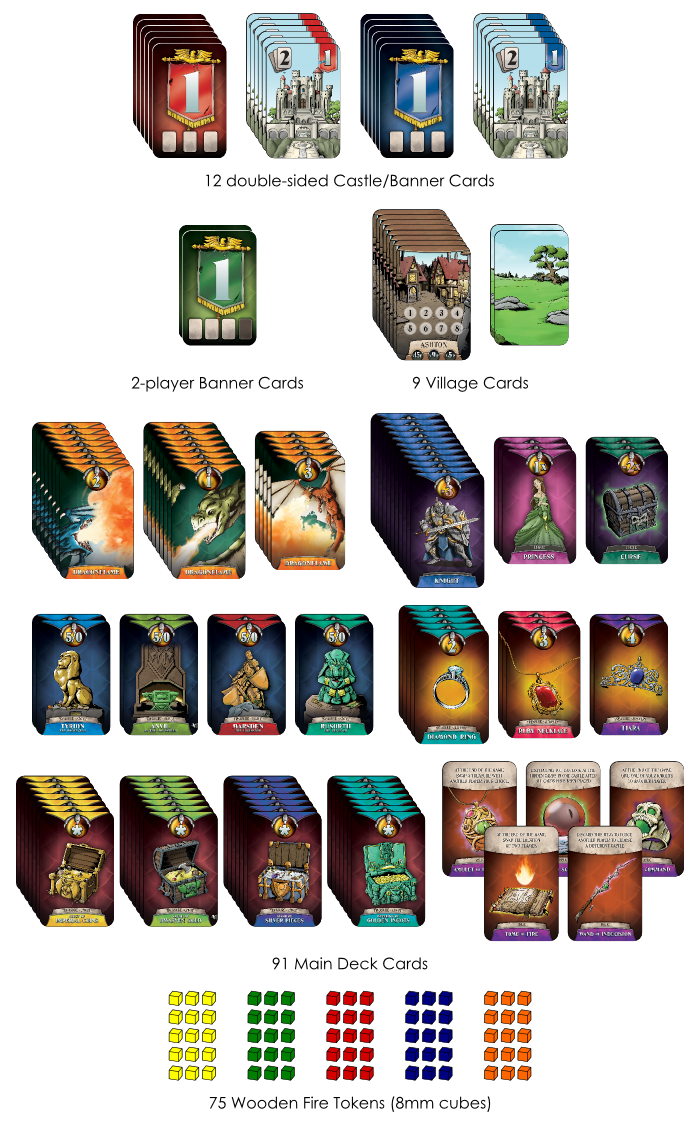 List price for this game will be $29.99 so this Kickstarter is a great value!

Print and Play version at WargameVault.com

If you prefer to watch a video to learn the rules, we've got those as well!

"This game plays well with both Kids and Adults." - Mark WIlson

"It preserves the great theming possessed by most of the previous Minion Games, but it’s also got some great, well-polished mechanics. And thus I think it’s a game that’s worth playing and worth kickstarting." - Shannon Appelcline

"Even the non-gamers got into the game, finding the hidden information element of the game play to be particularly intriguing." - Father Geek

“I think the best part of this game is trying to figure out what castle to attack and how best to burn the peasants.” - Child Geek

“What I like about this game – and I mean really like – is how crafty you have to be to give bad cards to opponents, show just enough information to tantalize them, and then bask in the glory that is yours when you totally fool them.” - Gamer Geek

A+ "Holy $h!7 that was fun!" ..."This is so rare and so well done in DragonFlame that I’m actually standing up applauding the designer right now." - Richard Miles 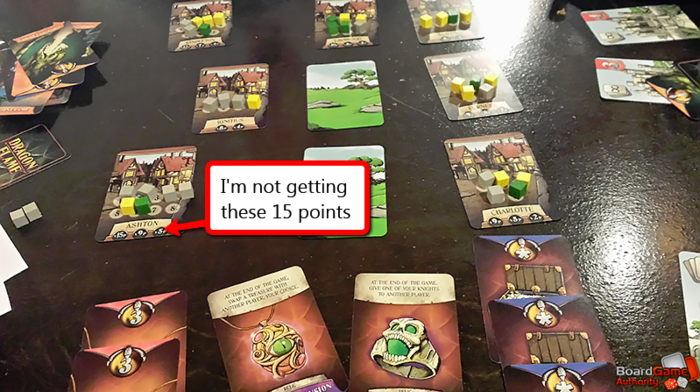 "The game feels most similar to 7 Wonders and Guillotine as far as scoring goes. The gameplay itself is unique, I have yet to see a game that uses revealed and hidden cards in this way, and it creates a very satisfying multi-layered strategy opportunity." - Eliot Hochberg

"Dragonflame is deceptively simple to learn and play, because there’s a long list of strategic choices that you’ll make." - Dice.Card.Go!

"DragonFlame might be small on price but packs a dragon size amount of fun." - Daryl Andrews

"Dragonflame is a polished offering that reminds me of terrific games such as Coloretto and Ra." - Firestone

"We had a lot of fun with this one, and at the price-point on Kickstarter it's a no-brainer in my book" - Jeremiah

"played Dragon Flame with my sons during lunch today (5 and 8) and they both loved it and want me to give it 5 stars out of 5. Then they amended that to 6 stars our of 5." - George Jaros

"I really liked Dragonflame... The artwork is sharp, and it has nice depth for a compact game."- Jonathan H. Liu

"The hidden information piece is one of the things that makes DragonFlame surprisingly fun. You will find yourself shooting a sideways glance at a fellow player who played the curse card face-down on what was an otherwise promising castle. " - Andrew Smith

"It's light enough to bring other people in, but it's got enough meat as well." - Jeff King