For years you’ve been tracking Skelit's Revenge, the most notorious ship on the high seas, and now you’ve finally taken it. Your Captain has informed you that there are treasure chests hidden on board full of the most valuable treasure the world has ever seen. In spite of the raging inferno aboard the ship, your captain orders you and the rest of his crew to bring him every single one of those treasure chests or you’ll be taking a long walk off a short plank. 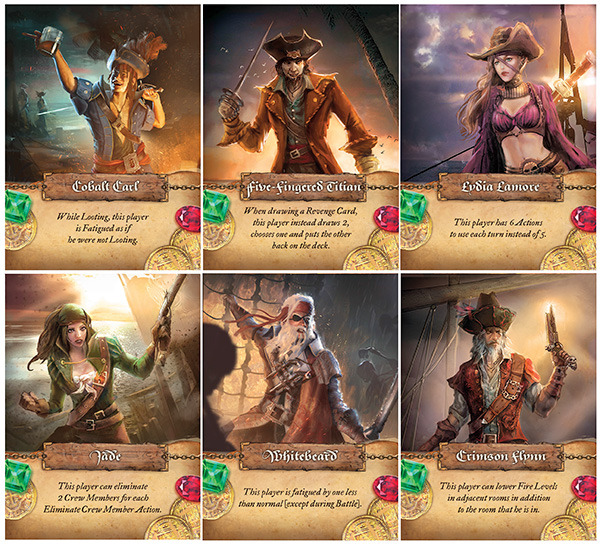 You and your crew will enter and search the Skelit's Revenge in an attempt to loot all of the Treasure. But beware, there are still enemy pirates lurking, and some nasty guards looking to make sure you don’t get out alive. Not to mention that you’ll be doing this while the ship burns. You’ll have to battle the flames, the guards, and your own fatigue. 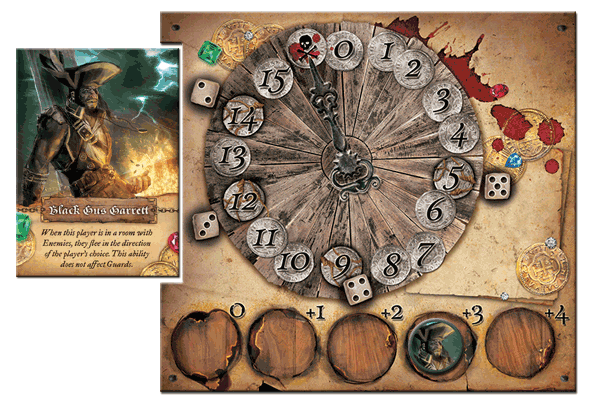 Can you and your crew ensure that all of the treasure is recovered and receive more riches and glory than you ever dreamed? Only time will tell… 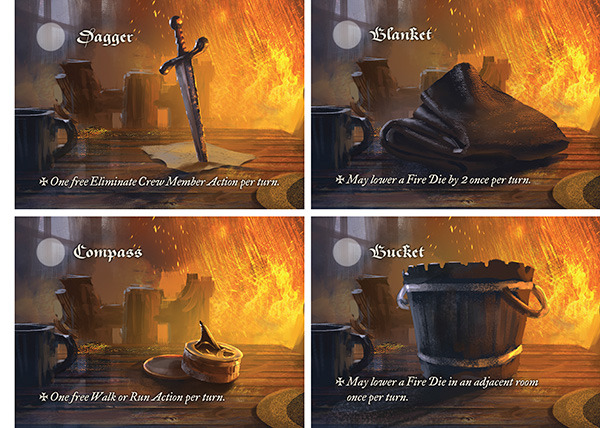 Dead Men Tell No Tales (DMTNT) is a cooperative game where players take on the role of a Pirate crew, boarding the doomed Skelit's Revenge for one purpose: to take the loot. You need to deal with the spreading fire and explosion potential as well as the enemies left on the ship. But what's a little risk for the plunder! 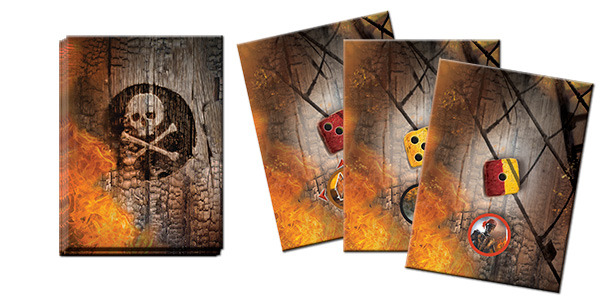 Each round you flip over a new tile to add to the ship and you also flip a card to show where the Skeleton Crew advances. You may then take a number of actions and use shared equipment to deal with the fire, your own fatigue, the trapdoors and guards on the ship. In DMTNT you can even pass some of your action tokens to the person to your left in case they need extra help this round.

Simple to resolve combat feels engaging without taking more than a quick die roll. You will be constantly gaining fatigue and you must manage your ability to keep going. 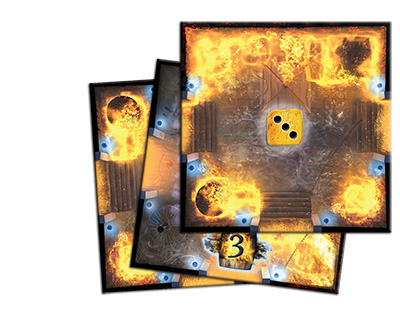 If you like such games as Pandemic, Forbidden Island/Desert, or Flash Point: Fire Rescue - you will love this game too.

This game will have an MSRP of $44.99 so you're saving $5 plus $12 shipping if you pledge with us now. We really appreciate your support in helping us get this game made! 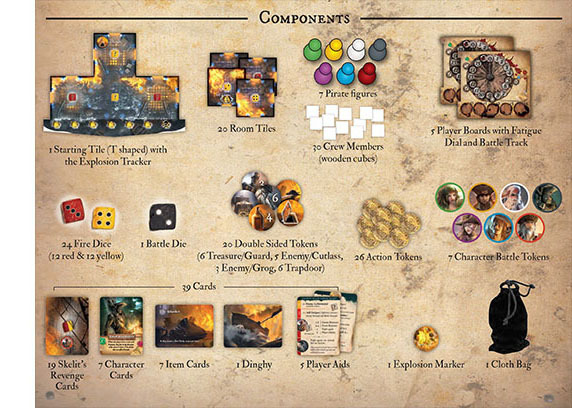 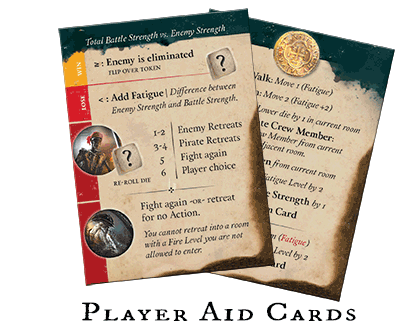 A draft layout of the rules can be downloaded HERE

Undead Viking does a review of Dead Men Tell no Tales:

Thanks to David at "To The Table" Episode 62 for this video review of the game!

Captain boss token. We will add a fun climactic boss character to include in the enemies bag. This will be an extra tough character for advanced players. He comes with a few tricks up his sleeve too. 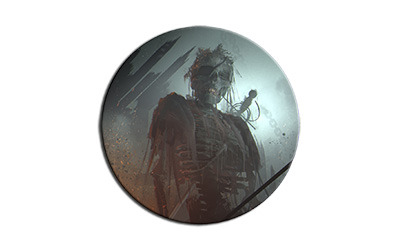 The Boss Token will be a double sided token. Throw him in the bag with the other tokens. If you draw him then flip him like a coin and place the face-up side in the room (along with another drawn token). One side is harder to kill than the other. He'll move like the Skeleton Crew, but when you kill him he goes back in the bag. So, he'll keep coming out and causing problems. You can't win if he's on the board either, so you have to deal with him. He is optional to play with.

Dial & axle. The game works wonderful with just using a marker (token) to track your fatigue. It would be cooler if we could make it a cardboard dial with a plastic axle to track your fatigue. The dials (one for each player board) would be tight enough not to move on it's own or when bumped, which could be a problem if we just use a token. This adds costs to the game and unless we make enough games, we cannot include this in the base game. So if you'd like to use a nifty little cardboard dial on your player board (instead of a token) then we need to achieve this stretch goal. 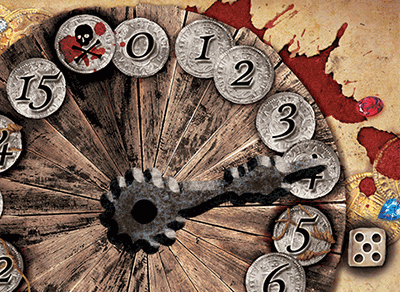 Upgraded dice. Nice single color opaque dice will be included in the game. But if we reach this stretch goal we'll get better and more colorful dice. These are samples from our manufacturer of the two main dice colors we could have. While you don't ever roll but 1 die in this game, we still feel the hard edges (left) would be the wise choice.

Pirate Meeple. We would love to make some custom pirate meeples instead of using some simple pawns for the player markers. They would be made in the 7 character colors. 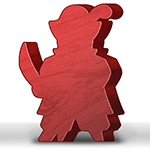 Kickstarter / Pre-Order Exclusive Character. We are working on a promo card that you can use to replace any of the other characters. It will be female and have a unique ability.

Skull Tokens. We will convert the wood cubes for this game into skull tokens. Much more thematic and they look tasty too!

Kane is a very talented designer with several games under his belt including the recently released MAD CITY from Mayfair Games and PRESSURE COOKER from Rio Grande Games.